Business Insider: A Day in the Life

“Why Taking Risks Is Worth It”
ARTICLE

“A Day in the Life: Jonathan Bales”
ARTICLE

I’m a co-founder and President/CEO of FantasyLabs – a Mark-Cuban-backed company (recently acquired by the Chernin Group) – and the author the Fantasy Sports for Smart People book series. I make money by betting on things and buying fake internet currencies. I do almost all my work in bed. 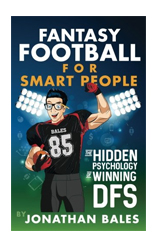 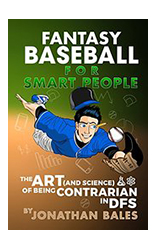 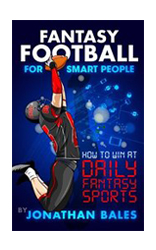 I’m Jonathan Bales (@BalesFootball), and this is my very awkward bio. I Google’d “how to write a bio” and it said “experts agree you should write your bio in the third person,” which just seems insane to me. We all know who’s writing this thing.

So what am I supposed to write about myself? I’m the founder of two companies—FantasyLabs and LuckyTrader.com—the former of which brought on Dallas Mavericks owner Mark Cuban as an investor and strategic partner (and recently sold to the Chernin Group). The biggest change in my life since then is that now I get a lot of “Can you introduce me to Mark?” emails. You guys should probably stop sending those.

In addition to my companies, I’m also a daily fantasy sports player, the author of more than a dozen books, and a sponsored GrubHub eater. If you want to get sponsored by a delivery food app, all you need to do is spend five figures a year on delivery because you’re a completely lazy piece of shit. Pretty easy actually.

I guess I could tell you where I went to college and when I graduated and what jobs I’ve had—which is also something every site I Google’d said I need to do—but I don’t think it really matters. Who cares where I went to school or what’s on my resume? I also don’t want to reveal the fact that I’ve never had a real job, because that would make me look #inexperienced—unless you consider the following things I did to be jobs: tried to become a famous artist, sold a lot of stuff on eBay (including my soul, which I think I still have because eBay removed the listing), bought a whole bunch of glass after receiving horrible advice from my grandfather to “buy all the glass you can get your hands on, trust me,” became a magician, bought an acre of swampland in Louisiana for the investment potential, became a competitive eater (retired three hot dogs in), and started a few other businesses I’ve been advised by my lawyer to not even talk about.

Talk about a fucking resume.

My goal has never been to build an impressive resume, nor have I wanted to even have one at all. Of all the resumes people have ever sent me, I’ve read exactly one, and that was because there was a preview in my Gmail and I thought I caught the word ‘vagina’ in it, which would have been pretty funny actually and more likely to get me to hire him, but it turned out he was just from Virginia. I’m sure resumes have value to other people or companies, but I care mostly about what unique value someone brings to the table—how they can make others’ lives easier—and how hard they’ll work to get there.

I do have interests outside of daily fantasy sports—reading theoretical physics and philosophy, working out, playing games, trying new restaurants, traveling—but I’ve always been someone with a relatively narrow set of curiosities and an off-putting amount of knowledge in those areas.

I have no idea what I’ll be doing or where I’ll be in five years; my life and “job” has shifted pretty much every few months for several years now. The only things I know for sure are 1) I will be doing something I love—one (or more) of my passions—and 2) my successes and failures will be tied to how much value I bring to other people. I want to be rewarded (and compensated accordingly) when I do a good job, but I also want personal downside if I suck. In short, I need “skin in the game” to feel like what I’m doing is worthwhile.

Okay, I guess that’s it. I’m not entirely sure how to end this thing, so I guess I’ll just leave you with this:

Jonathan Bales is a writer and entrepreneur from No One Cares City. He graduated from Irrelevant University with a degree in Paying Too Much for a Useless Education. His hobbies include being as narcissistic as possible and exacerbating it by writing in the third person because Google says experts agree it will make his bio seem more professional and objective. Maybe that will help him finally get a fucking job.