If you missed Part I of “What I’ve Been Up to Lately,” you’re like every other person on this planet except for me since this site was basically created yesterday but I had the article pre-loaded months ago. So go ahead and read that if you want to know what I was doing eight to 12 weeks ago, which many people have been asking me to lay out in great detail.

Since then, I finished another daily fantasy baseball book, which I was forced to write in about two weeks since I just kept procrastinating. Other than that, it’s been basically all FantasyLabs. We launched a PGA product prior to the Masters, and this past week a user won $1 million using our tools, which was pretty awesome. I could have won it myself but decided to not create the winning lineup and instead let a subscriber take it down #branding.

While we were building out the product, I headed up to Boston to attend the MIT Sloan Sports Analytics Conference and meet with our PGA Director, Colin Davy. It was the first time I met Colin irl and he’s as smart as he sounds on our podcasts. He’s won the conference’s Hack-a-thon the past two years – the only two years it has run – this time by quantifying offensive line play (which is something we want to do in NFL this year). We hung out with our Marketing Director – Sean Valukis – and basically just talked about how dumb I am.

Sean also hooked me up with tickets to the Celtics, and it was actually only my second time in the arena and first to see an NBA game…

Other things I did in Boston included writing the About Me section of this website, walking around aimlessly at the conference looking for places to eat before just leaving, and of course ordering lobster roll room service for roughly, idk, a million dollars.

In addition to PGA, we also rolled out a bunch of new MLB features at FantasyLabs – news, advanced batted ball data, a multi-lineup builder with stacking, etc. I’ve been really excited for baseball, both for Labs and as a player. The season started really well for me, cooling off (becoming an ice cube) the past two days.

One really cool thing I was able to do last week was throw out the first pitch at a Phillies game on behalf of DraftKings. 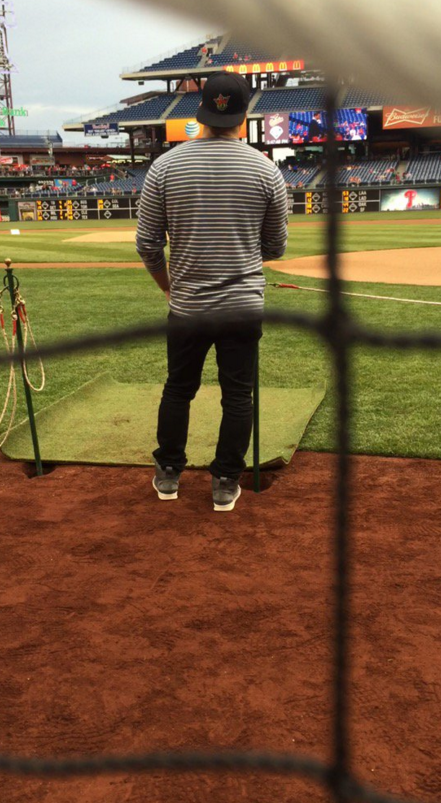 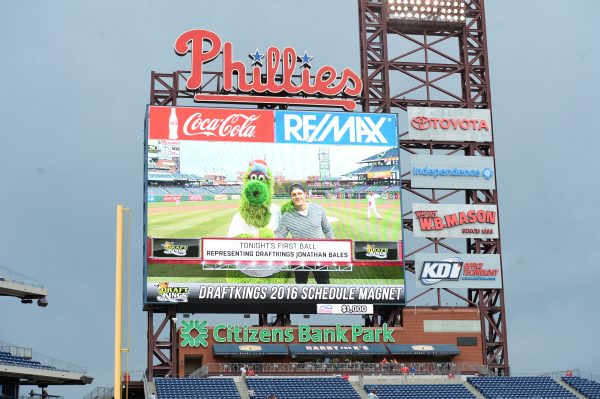 I saw some rumblings on Twitter that people were betting ungodly amounts of money against me throwing a strike, which is bananas. Not only did I hit the corner, but if you look closely, you can see flames coming off of the ball…

The key was that I wasn’t nervous at all, and by that I mean I honestly thought I was going to shit my pants and throw up all over the field at the same time in front of a packed stadium full of 300 people.

On the food front, I’ve been eating so much halal from the cart outside my apartment that I honestly can’t even look myself in the mirror anymore. No really, there’s so much tahini and hot sauce all over my bathroom mirror I can’t see my reflection. 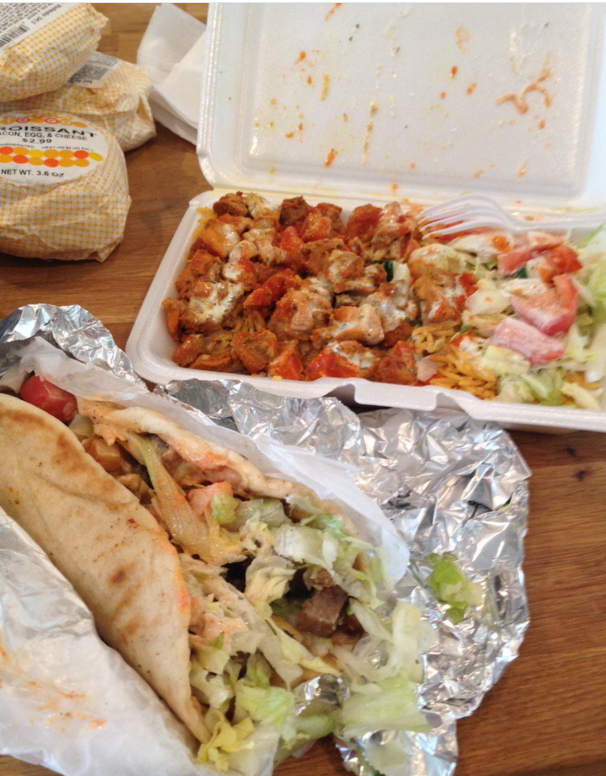 Don’t mind those breakfast sandwiches from 7-11 in the background. Nothing to see there.

I love trying new restaurants and have eaten at so many amazing places in Philly – maybe the must underrated food city in America, btw, even though people already know it’s good – and I’m not kidding that this cart food is top-five. Not just in value (it costs five fucking dollars), but also in just overall taste.

So that’s what I’ve been doing – more or less getting diarrhea as many ways as possible – but what’s coming up next is bigger than all that: a rock-paper-scissors tournament at dive bars in Philly… 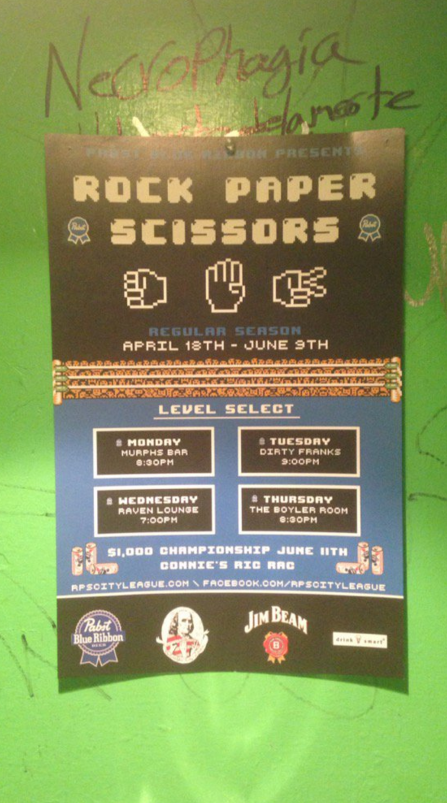 I’ve posted on Twitter a few times how I like to play rock-paper-scissors against a computer because I’m a complete psychopath. Well, this is my time. When I check back in on June 12th, I’ll be $1k richer, but more important, I’ll be a R-P-S champion.

Unless they don’t allow ridiculously long pauses between throws, in which case I have zero chance.

I’m a huge fan of Barstool Sports. I’ve been visiting the site since 2011, became good friends with Smitty awhile back, and do a fantasy football podcast there. It’s the most unique …

Before I co-founded FantasyLabs, I used to do a lot of writing. I enjoy writing – certain types of stuff, anyway – but I just haven’t had much time to do it lately. I want that to ch…